Issachar is a sturdy donkey, resting between two saddle packs. When he sees how good the countryside is and how pleasant the land, he will bend his shoulder to the load and submit himself to hard labor.

Note: It is recommended to read the House of Israel before reading this.

From the description given above, it may sound like a modest statement but these descriptions given under the title picture here as well as under the other Tribe articles are the blessings that Jacob gave to his sons (Moses also gave prophetic blessings to the tribes before he passed away) based on their personality traits; in this case Jacob’s 9th son. They are also prophetic in telling what would become of the son’s tribes in the end times. Issachar is symbolized as a donkey, donkey’s are sturdy, built well for stability being lower to the ground than horses and as such, can handle heavy loads of work very well; this also symbolizes the Mexican people as they are hard workers willing to work humble jobs. Siesta is an essential part of Mexican culture and this also is described in Jacob’s first sentence above that rest is good. Mexico is a world favorite vacationing spot because of the beautiful weather and sites, this is also what initially drew Issachar to that land as it is stated above that the land “was pleasant.”

The tribe of Issachar settled in the Americas in the Northern central region that is now known as Mexico. There they setup great ancient civilizations such as the Aztec empire. The ancient Aztecs and Maya both were well versed especially in the study of the sky (stars and planets). Important Aztec/Maya buildings (temples, pyramids, palaces..etc) were associated to astronomy similarly to the Egyptian’s use of pyramids. The Aztec calendar is renowned in its accuracy for understanding the times. It is also true of ancient Issachar in Israel:

32 From the tribe of Issachar, there were 200 leaders of the tribe with their relatives. All these men understood the signs of the times and knew the best course for Israel to take.
-1 Chronicles 12:32 The Aztec calendar was also linked to astronomy and they even built observatories. Just like with many other Native American and West Indies tribes, there are various journal writings that speak of early European settlers concluding that indeed Aztecs (Mexicans) were of Hebrew origin:

Many customs of the Mexicans, strongly savouring at Judaism, besides that of circumcision, having already been noticed : such as their wearing fringes fastened to their garments, practising frequent ablutions; attending constantly public places of worship, to which they were summoned by the blowing of horns, as the Jews are to the synagogues; anointing themselves with oils; addressing each other with the appellation of Brother and Sister; their priests allowing their hair to grow long like Nazarites, though some were tonsured; their frequently doing penance, strewing dust on their heads, and blackening themselves with ashes as a sign of mortification, and eating earth (Isaiah 49:23) at the festival of Tetzcatlipoca. …the curious fact of the comparitively rude and uncivilized tribes of the Orinoco being acquainted with the history of the formation of Eve from the rib of Adam while he slept, who also, according to the Abbe Gilii, agreed with the Mexicans in believing that light was created before the sun, which likewise was a Hebrew doctrine. Garcia, in his celebrated treatise on the origin of the Indians, adduces as a partial argument in favor of the Mexicans being descended from the Jews, the similarity which many of their laws bore to those of the Pentateuch. This argument is so conclusive that it is unnecessary to insist upon its force..

-Edward King, Viscount Kingsborough VIII 115 (all these excerpts above taken from the book: Antiquities of Mexico, 1830) Pyramids In the Americas

Both these great ancient civilizations (Maya and Aztecs) were known for their architecture. Although the Great Pyramids of Egypt are well known; there are more pyramid structures in the Americas from the Aztec, Inca (South American Hebrew empire) and Maya civilizations than anywhere else. 18 Moses said this about the tribes of Zebulun and Issachar:
“May the people of Zebulun prosper in their travels. May the people of Issachar prosper at home in their tents.
19 They summon the people to the mountain
to offer proper sacrifices there.
They benefit from the riches of the sea
and the hidden treasures in the sand.
-Deuteronomy 33:18, 19

It’s interesting that Moses spoke to both these tribes together here because Zebulun (Maya, I will go into this in another article..) were neighbors to the tribe of Issachar (Aztecs) here in the Americas and also in ancient Israel. It should also be noted that it’s interesting that Moses said “sand” here giving clues to where they would later wind up. Moses died within view of the promised land (the land that became Israel) but he never set foot on it nor did he know how Joshua would divide up the land West of the Jordan river and he certainly didn’t know that Issachar would eventually end up in the Americas so this is an especially interesting and prophetic statement. We know through history that Mexico was filled with gold, silver, herbs and spices that would eventually be taken upon the arrival of the Spaniards, hence the hidden treasures in the sand. 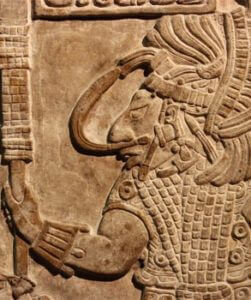 We also see from Moses’ blessing of Issachar that there is a long and consistent history of architecture sewn into the culture of this tribe. Initially, the temples of Issachar were used to honor YHWH before they eventually fell away and started sacrificing humans on them and even eating the heart or other pieces of the body:

13 For the sacrifices of My offerings they sacrifice flesh and eat it,

But the Lord does not accept them.

Now He will remember their iniquity and punish their sins.

They shall return to Egypt.

Here he says they shall “return to Egypt.” I went over this in the House of Judah that this relates to slavery in the Americas (New Egypt). In the passage in Deuteronomy 28 that I brought up in the House of Judah article, it states that the Hebrews would return to Egypt in ships but here in Hosea, we have no reference of how they would be reunited with slavery. By stating that those Hebrews would become slaves again by way of ships, it specifically highlighted those Hebrews from the House of Judah. Here in Hosea when YHWH states these Hebrews will return to Egypt, he is speaking of the House of Israel which is stated a few passages prior. These human sacrifices were an abomination to God so He allowed them to be conquered. We know through history that Issachar (Aztecs) fell into captivity to Spain by the early 1500's. Overall an estimated 350,000 Natives were killed during the Spanish invasion by 1524; the last Aztec (Hebrew) emperor Cuauhtémoc was captured and hanged by the Spanish conqueror Cortez before building a new capital (Mexico City) for the colony of New Spain.